Inovies, since its inception has been eyeing to change the perception of business and the way customers are being looked upon. Having an IT background in curriculum, Nagendra, founder of Inovies has many applauds in his cap and rightly being admired among peers for his rich perspective on business.

Flattering client is a common sight that is seen in Mid-sized companies to grab the deals and close them. Nagendra shuns the idea of pleasing the client with false admissions and acceptances.

We derive pleasure in the success of the clientele than huge pay checks. It gives me nightmares when I realize that my clientele seeing rough phases of business. While I make profits on their application development, I equally want them grow steadily. Their failure, my failure, simple.

The Leading news paper EENADU recognized his efforts to the Industry and published a masterpiece to credit the same. 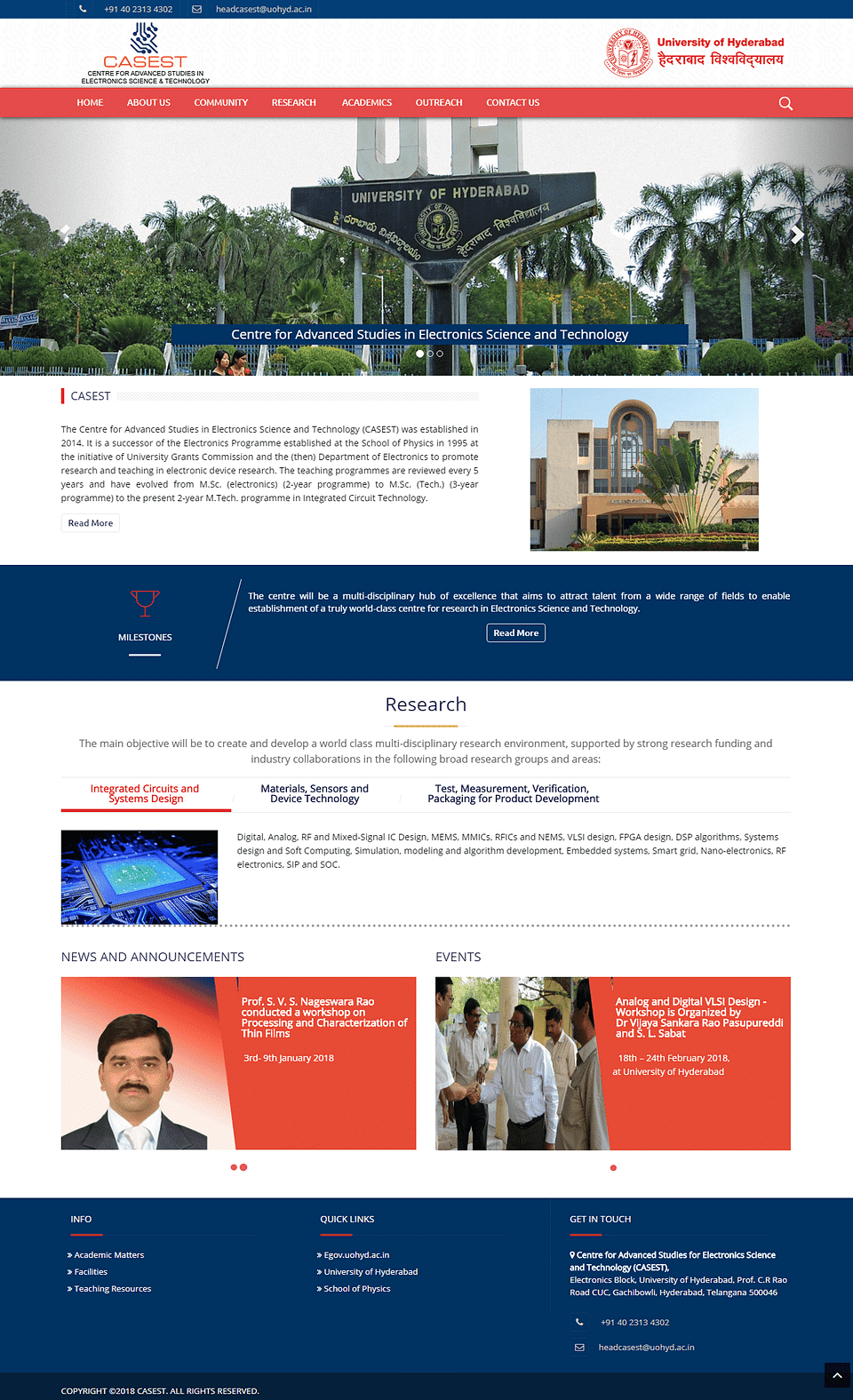 Project made for University of Hyderabad in the Education industry for a audience in 2018.

Digital StrategyOnline AdvertisingWebsite Creation
Read more
CIO Review2018-01-31top 20 Google service providers
Udyog Rattan and excellence award2017-05-31Digital Marketing in India
hammeddirector at swcic hospital
5/5
Keeping track of the local and international inquiries and conversions reveals good results thanks to Inovies efforts, with a much improved website too. The team managed the project very well and understood the requirements, while communicating excellently, and being well trained in necessary areas.